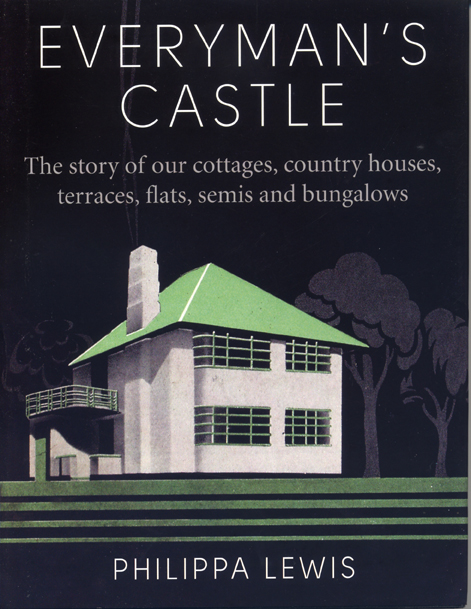 A look at the characteristic British types of housing; how were they perceived when they were built, and what happened to them subsequently?

Each type represents a choice (or lack of choice): the hugger-mugger of a town terrace versus remote isolation in a country cottage; the suburb as the best or worst of both those worlds; living vertically and climbing upstairs to bed or horizontally in flat or bungalow; building a country house as a display of wealth and success or existing in a cellar lodging as a last resort.

Housing fashions continuously change, once the bungalow was the haunt of the bohemian, once the England doubted the wisdom of living in a flat, once the grandest of Regency terraces was a squat.

‘This remarkable book traces the whole story of domestic architecture in Britain. The author takes us from the primative huts at the time of the Domesday Book to Thirties suburbs. It paints the grandeur of great country houses, such as Houghton, and chronicles the development of urban squares and terraces. It escorts us unblinkingly into the shaming slums, in which those who toiled for our 19th-century wealth were compelled to live and die; and it ends in a glorious chapter, my own favourite, on bungalows.’
A N Wilson, Sunday Telegraph

‘Unashamedly riddled with class from beginning to end (unavoidably, considering national aspirations and class mobility, both upwards and downwards), the joy is that Lewis has produced a stream of commentary culled from an astonishing range of literary references interwoven with hard facts. Liberally scattered with the rewards of wide-ranging picture research throughout, it’s a very handy-sized volume, the text a mere 250 pages.’
The Spectator

‘Philippa Lewis’s lively, discursive survey of domestic buildings is a story of attitudes as much as architecture. She ranges widely not just within architectural literature but fiction, poetry, periodicals and plays too…with her breadth of reference and sprightly style she shows how the British psyche can be read through our buildings.’
The Guardian