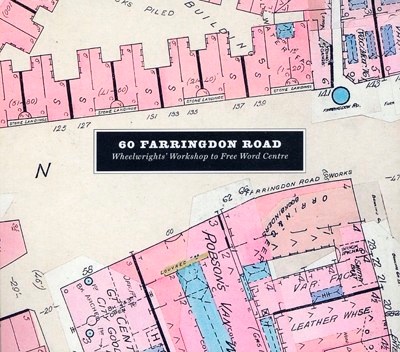 This is a history of one building in London. This booklet, designed by Richard Hollis was written for the opening of Free Word Centre, a centre for literature, literacy and free expression, which was funded by the Norwegian foundation Fritt Ord (Free Word). Built in 1875 it was first occupied by a family firm called Robson who were first wheelwrights, then van-builders. Subsequently the building was used as a film studio by a group of documentary film-makers, a Community Music venture and an archive and visitor centre for the Guardian.