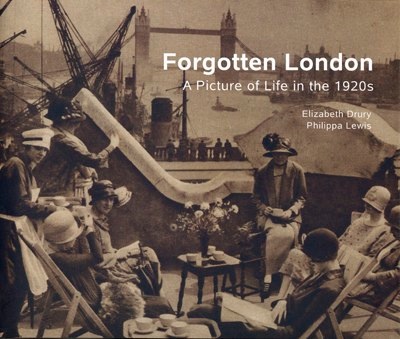 Forgotten London, A Picture of Life in the 1920s

Published by Batsford in 2011

A selection of photographs taken from a three-volume work published in 1927 called Wonderful London, Described by its Best Writers and Pictured by its Best Photographers, a visual record of the London during a momentous decade almost a century ago, a city of contrasts. The book illustrates society from the ‘Bright Young Things’ to the ‘Outcasts’ sleeping in the street; events such as the General Strike, Bank Holiday Monday on Hampstead Heath, the first Cup Final at Wembley Stadium; and studies of the everyday life of the Londoner: travelling to work, shopping in markets, eating sandwiches in the park.